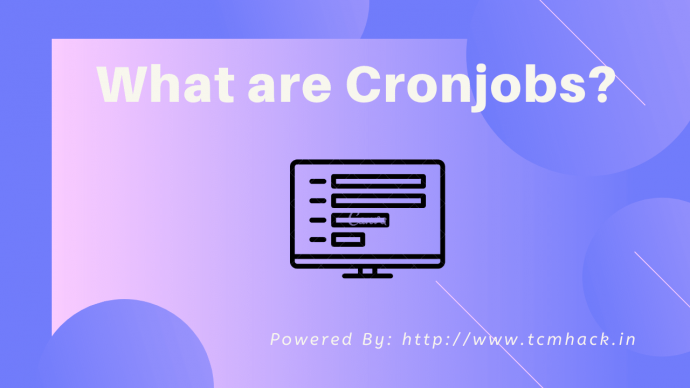 Cron allows Linux and Unix users to run commands or scripts at a given date and time. You can schedule scripts to be executed periodically. Cron is one of the most useful tool in a Linux or UNIX like operating systems. It is usually used for sysadmin jobs such as backups or cleaning /tmp/ directories and more. The cron service (daemon) runs in the background and constantly checks the /etc/crontab file, and /etc/cron.*/ directories. It also checks the /var/spool/cron/ directory.

There are different types of configuration files:

How Do I install or create or edit my own cron jobs?

To edit or create your own crontab file, type the following command at the UNIX / Linux shell prompt:

Do I have to restart cron after changing the crontable file?

No. Cron will examine the modification time on all crontabs and reload those which have changed. Thus cron need not be restarted whenever a crontab file is modified.

How do I use operators?

An operator allows you to specifying multiple values in a field. There are three operators:

Use special string to save time

Instead of the first five fields, you can use any one of eight special strings. It will not just save your time but it will improve readability.